The BBC will film on location in Yorkshire for a new TV adaptation of the classic novel An Inspector Calls. Yorkshire has become a popular UK filming location and recently hosted BBC Films’ First World War drama Testament Of Youth. 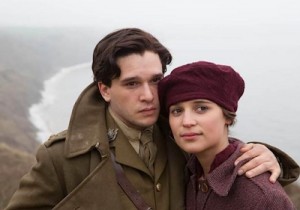 An Inspector Calls will star David Thewlis in JB Priestley’s story, set in 1912, of an inspector who interrogates a wealthy family after the suicide of a young woman in their local town.

“The mysterious and elusive Inspector Goole has fascinated audiences for generations and David Thewlis is the perfect actor to bring him to life,” said Lucy Richer, Commissioning Editor for BBC Drama.

“We're delighted that he, Ken Stott and Miranda Richardson are heading up this stellar cast to bring one of the nation's favourite stories to BBC One.”

Yorkshire has the UK’s largest regional film fund. Recent productions shot in the area have included a modern movie adaptation of Dad’s Army, the period gangster series Peaky Blinders and ’71, which doubled the area for Belfast at the start of The Troubles.

Testament Of Youth filmed extensively at the Welbeck Estate near Sheffield and also built a trench for scenes set on the Western Front.

The UK’s broadcasters are filming in the UK much more extensively since the launch of a TV tax credit designed to encourage more high-end shoots to film in Britain. A surge in the popularity of high-end period dramas has also led more productions to the west of England and South Wales.