Filmmaker Danny Boyle and star Michael Fassbender have started filming in San Francisco for a new movie about the late Steve Jobs, co-founder of technology giant Apple. The film will focus on backstage events at three of Jobs’ key product launches, ending with the iMac in 1998. 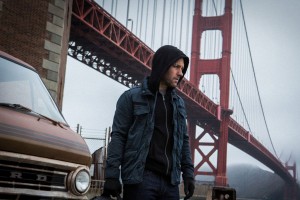 San Francisco is a hugely popular production setting, but is not often used as an actual filming location as the city lacks a competitive filming incentive and studio infrastructure.

The Californian city has a rich history of hosting high-profile films and TV shows, but most big-budget productions only shoot locally for a few days to get a sense of place for their stories.

Productions shooting in San Francisco can qualify for California’s filming incentive support, but the programme has been very limited for the past few years with a relatively small film fund. San Francisco offers smaller local support programmes, like refunds on city fees and discounts from participating service industries.

Major movies including sci-fi sequel Terminator: Genisys, earthquake drama San Andreas and the Marvel superhero feature Ant-Man (above) have shot in San Francisco over the past year, but spent most of their production schedules elsewhere.

On the state level, California will be boosting its filming incentive in the next few months in a move that could help bring higher-spending productions to San Francisco for longer.