The Mayor of New York has warned against a plan to compile detailed monthly reports on location filming activity in the city. New York is one of the top production hubs in the US, but there have been calls from neighbourhood groups to regulate filming activity more closely. 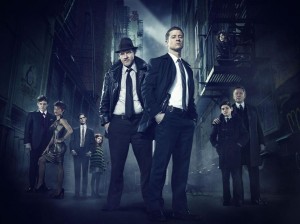 A New York Councilman has called for regular reports to be published detailing information like what film permits have been issued in which neighbourhoods and the impact on local parking.

The Mayor’s Office of Media and Entertainment warned that increasing form-filling and bureaucracy could discourage producers from filming in the city and might play into the hands of New York’s competitors.

“It may send a complicated message to the productions that filming isn't welcome in New York,” said Cynthia Lopez, Commissioner of the Mayor’s Office of Media and Entertainment, according to Capital New York: “We don't want to lose these jobs and revenue to Toronto, to Atlanta, or to other parts of the world.

“There are elements of the data that's being requested of the city that will not paint an accurate picture of the production activity citywide, and we don't want that to be misconstrued, and potentially used to maybe prohibit filming.”

It may send a complicated message to the productions that filming isn't welcome in New York.

Cynthia Lopez, Commissioner of the Mayor’s Office of Media and Entertainment

Batman prequel series Gotham and Stephen Soderbergh’s period drama The Knick have been among the recent high-profile TV shows to film in New York.

Local neighbourhoods in New York want better and more regular information about when they may face disruption from location filming. The other side of the argument is that New York is under pressure to remove as much bureaucracy as possible from the production process.