The UK’s creative industries have grown for a fourth year to reach a value of nearly GBP 77 billion. Government figures apply to 2013 but the production industry is likely to grow for 2014 when the UK hosted The Avengers: Age of Ultron and Star Wars: The Force Awakens. 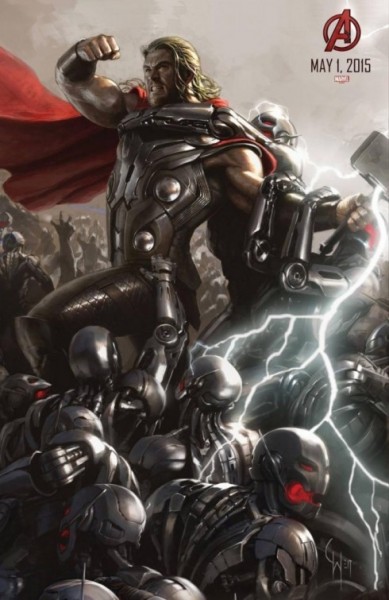 “The UK’s Creative Industries are recognised as world leaders around the globe and today’s figures show that they continue to grow from strength to strength,” said Sajid Javid, Secretary of State for Culture, Media and Sport.

“They are one of our most powerful tools in driving growth, outperforming all other sectors of industry and their contribution to the UK economy is evident to all.

“The government is determined to continue its support for this most dynamic of sectors as part of our long-term economic plan.

“The tax reliefs we’ve got in place and are extending to children’s TV and orchestras have been instrumental in attracting inward investment, and are part of broad package of measures designed to ensure the continued success of the creative industries.”

Nearly GBP 9 million was spent in the UK creative industries each hour in 2013 and the rate of expansion was more than three times what it was for the broader economy.

The UK is currently one of the world’s biggest production hubs. Internationally, the main competition comes from cities like Sydney and Cape Town, plus New York, Atlanta, New Orleans, Los Angeles, Vancouver and Toronto in North America.

London will host Star Wars 8 later this year and the main production hubs will be targeting the raft of rival superhero movies recently announced by Marvel and Warner Bros.