A veteran producer has described a need for more experienced crew and improved infrastructure in the Georgia city. Ralph Singleton has more than 30 years of production experience and was hired last year by Savannah authorities to help promote the Georgia city as a filming location. 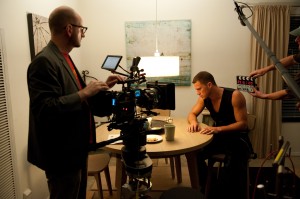 “Basically, you need three things – a crew base, an infrastructure and the desire to shoot in Savannah,” Singleton told the board of the Savannah Economic Development Authority, according to a report in Savannah Now.

“We also need to encourage already trained crews to relocate here. As for infrastructure, we need to help companies that are already here to invest in the ‘bricks and mortar’ facilities. Make no mistake about it – tax incentives really work.”

“Magic Mike cost more to shoot here than it would have in Atlanta,” Singleton added: “But the decision-makers were sold on Savannah.”

Georgia offers a generous filming incentive of up to 30%, which has helped turn Atlanta into one of the top production hubs in the US. However, crew availability has been an issue throughout the state. Local efforts are underway to provide new training programmes but there’s also a pressing short-term need to provide a greater number of individuals with experience of big productions.

Atlanta hosted Ant-Man last year and Marvel is planning to return with Captain America: Civil War in the coming months. Savannah wants to put itself into a position where it can secure shoots of a similar scale.