Filming Jupiter Ascending and Sense8 on location with the Wachowski siblings

Marco Giacalone worked with the Wachowski siblings as Supervising Location Manager on their sci-fi feature Jupiter Ascending, and on their upcoming Netflix series Sense8. Giacalone discusses working with the creators of the iconic Matrix franchise. 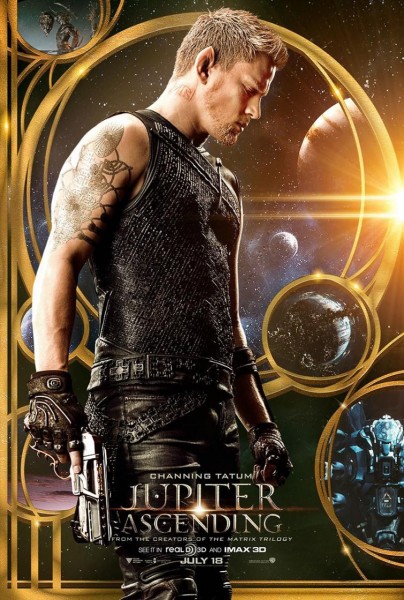 Science fiction fantasy Jupiter Ascending was based at Warner Bros at Leavesden Studios in north-west London, partly because of the UK’s filming incentive programme. Extensive green-screen work was filmed on six different stages and supplementary studio work was shot in Chicago.

“The biggest challenge was to do the stunt work on stages in the UK where the actors needed to do flying work to simulate the downtown streets of Chicago,” Giacalone explains.

“In Chicago we suspended two actors on cables flown by a helicopter between buildings and streets to later be enhanced visually in a chase sequence between the actors with sky rocket boots chased by alien spaceships.”

Giacalone has since worked on the Wachowskis’ new sci-fi drama Sense8. The series is set in nine different cities around the world and follows characters that become connected by a mysterious psychic link. Filming took place entirely on location in San Francisco, Chicago, London, Reykjavik, Seoul, Mexico City, Mumbai, Berlin and Nairobi.

“The biggest challenge of Sense8 was to preliminary scout all locations and then with a designer and directors,” Giacalone explains: “We set up a website with all locations for the directors to review and comment and later to scout. Setting up all location departments to be ready for filming was the key."

In Chicago we suspended two actors on cables flown by a helicopter between buildings.

“While San Francisco was filming," he adds, "Chicago was prepping and then a few weeks after London, Iceland, Seoul, Mexico City, Berlin, Nairobi, Mumbai and for snow sequences back to Iceland. Scouts all over the world were uploading to the website for my review and then passed on to the production designer and directors.”

Giacalone was first recruited by the Wachowskis for their 2008 anime adaptation Speed Racer (below), their first feature after the Matrix movies. The Location Manager had production experience on grand historical dramas such as Shekhar Kapur’s war saga The Four Feathers and Ridley Scott’s crusade epic Kingdom of Heaven.

His job on Speed Racer began with research into the visuals on offer in nearly 30 different countries. This was whittled down to a handful of key locations and eventually small, five-person units shot spherical photography in Morocco and central Europe.

“The pictures were then given to the VFX department to create collages of the different locations to then be used as sets on a green screen,” Giacalone says: “It was quite a long and difficult process to choose which picture to use to be collaged to another picture to create a 2D environment.”

Giacalone was first recruited by the Wachowskis for their anime adaptation Speed Racer, their first feature after the Matrix movies.

Giacalone has become particularly sought-after for his experience of bringing big-budget productions to parts of the world with less developed film infrastructure. Speaking four languages helps and he’s able to advise studios on how to make productions work outside the major filmmaking hubs.

“It’s important to see where technical equipment needs to be imported from, having government relations for permitting and seeing what local crew one can use for filming,” he considers. 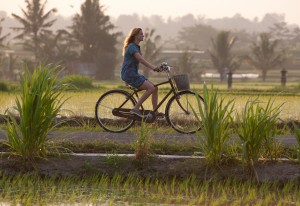 “Hotels and customs regulations for importing have to be sorted out to accommodate the filming. Usually local crews that have not being experienced with filming in a large shoot need to be trained.”

“Love in the Time of Cholera in Colombia and Eat Pray Love (right) in Bali were very difficult due to the fact that both countries were not used to accommodating big-scale films and therefore the whole prep work and filming was extremely challenging, but both were completed with success.”

Giacalone has watched the production industry evolve over nearly 30 years and believes audiences still have a preference for physical location filming. For him, the advent of digital technology has impacted most dramatically on his work.

“With Google Earth and an iPhone you can provide info instantly, whereas before we needed more prep time, manpower and money,” he concludes: “Now it’s just a click to send the info.”

Sense8 will be available on Netflix later in 2015.