South Africa is enjoying surging popularity as an international filming hotspot. Location Manager Robert Bentley talks about the Cape Town shoot for US spy drama Homeland and how the series has doubled the South African city for locations around the world. 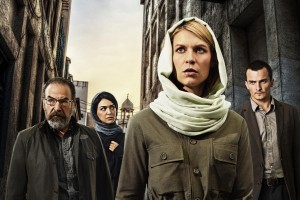 Homeland relocated to South Africa in 2014 after several seasons based in North Carolina. The move took place just a few months before authorities sharply downgraded the US state’s filming incentive programme.

“Cape Town could provide so many different looks in one place,” Bentley explains: “Most of the [season four] story took place in Pakistan but we had to show the difference between the modern Islamabad and the older Rawalpindi (a city near Islamabad), which we could do in Cape Town.”

The city’s Artscape Theatre complex became the story’s US Embassy set and the mixed residential and commercial streets of the Salt River area stood in for locations around the world. Throughout the fourth series, Cape Town doubled for places as diverse as New York, Afghanistan and Virginia.

I think we are finally being recognised as one of the best film destinations in the world.

“We dressed these areas extensively,” Bentley explains: “Fortunately we had a great team who managed to come up with many creative solutions to these challenges. Of course we had the support of the City of Cape Town and the Cape Town Film Permit Office, who greatly assisted us with the city locations from the use of the city streets to the Cape Town Stadium and various other city owned buildings.” 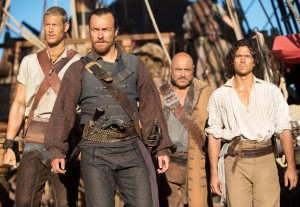 “We have a great facility at Cape Town Film Studios, but currently they are fully booked,” Bentley says: “We do convert warehouses and as always the challenge is in finding the right place as often warehouses are in industrial areas and under flight paths.”

Cape Town Film Studios is home to the US pirate drama Black Sails (right), which built an expansive set to create its Caribbean locations.

“I think we are finally being recognised as one of the best film destinations in the world,” Bentley adds: “Our technicians are world-class and we have great locations within a 100 km radius of Cape Town. Johannesburg is being used more often as a location. There are good hotels and infrastructure, and we speak English.”