Sky Atlantic’s Arctic crime drama Fortitude created a studio space in London and filmed on location in Iceland. Stanley Tucci, Michael Gambon and Sofie Gråbøl are among the stars in the story of a murder investigation in a remote Arctic mining town. 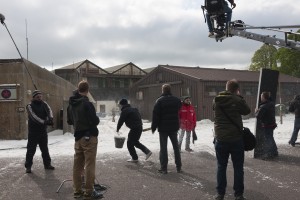 The production was based in an adapted studio space in London, as purpose-built facilities in the city couldn’t offer enough space at the right price.

Two separate sound stages were created and soundproofed, and the sets were left standing for a second series.

Filming in Iceland took place over three separate trips between January and June in Reydarfjordur in the Eastfjords, a region which normally has snow well into the springtime.

Contingency plans were put in place for extreme-weather situations and for the possibility of volcanic eruptions. The team in fact ended up with particularly mild weather to the extent that they had to transport snow from a nearby glacier to achieve their Arctic look.

“We rented a vacant fish factory (there was no fish smell) where we set up a production base in Reydarfjordur,” Einar Sveinn Thordarson of Icelandic service company Pegasus adds: “We had all different departments in there with their belongings and in between shooting periods stored everything there. 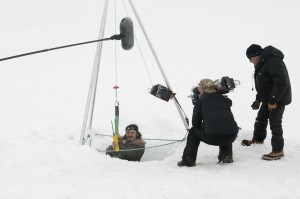 "A few sets were built from scratch like a cold storage building, a dog compound and the front of the Town Hall.”

The production team chartered their own plane to transport crew and equipment. Accommodating all the cast and crew locally was one of the bigger challenges. The crew stayed in hotels, guesthouses and apartments in Reydarfjördur, while the cast were put up in the nearby service town of Egilsstadir.

Iceland’s easy accessibility, generous 20% filming incentive and distinctive visuals have made it a top international filming location. The country has become a favoured location for Game of Thrones and in recent years has also hosted Interstellar, Thor: The Dark World and Noah.