The BBC has commissioned a miniseries adaptation of espionage drama The Night Manager, starring Hugh Laurie and Tom Hiddleston. Based on a novel by John le Carré, author of Tinker Tailor Soldier Spy, the series will tell a story of modern crime in Washington and Whitehall. 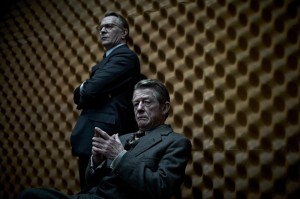 “It’s a fantastic coup to bring le Carré back to our screens after more than 20 years,” said Ben Stephenson, Controller at BBC Drama Commissioning.

“He is quite simply one of the greatest novelists of our time and I am sure that with [US network] AMC, Tom Hiddleston and Hugh Laurie on board combined with talented director Susanne Bier, this will be one of the BBC’s most unique, ambitious and unmissable dramas.”

Added Simon Cornwell of production company The Ink Factory: “Working with AMC to deliver The Night Manager to US and Canadian audiences is a huge privilege. AMC has established itself as one of the great innovators in television in the 21st century, and alongside the BBC we believe they are the best possible partners to support this incredible project.”

The UK’s TV tax credit is specifically designed to encourage productions like The Night Manager to film in Britain. London is a likely filming location. The capital’s screen agency Film London has made industrial buildings across the city available for use as adapted filming space, a strategy that’s often more cost-effective than an extended stay in a studio.

It’s a fantastic coup to bring le Carré back to our screens after more than 20 years.

London could also double for Washington. The US capital is not regarded as a film-friendly location and American shows Veep and House of Cards both recreate Washington locations in nearby Maryland where they’re rewarded with considerable incentive support.

The BBC also continues to commission filming on location elsewhere in Europe, shooting two seasons of its adventure series The Musketeers in Czech Republic. Courtroom drama The Eichmann Show recently filmed in Lithuania and the BBC will return there for its upcoming historical epic War and Peace.