Wolf Hall was filmed for the BBC mainly in western England using The Bottle Yard Studios in Bristol as a base. Adapted from Hilary Mantel's novel, Mark Rylance stars as Thomas Cromwell, who became a key player in the court of Henry VIII. Damian Lewis co-stars as the King. 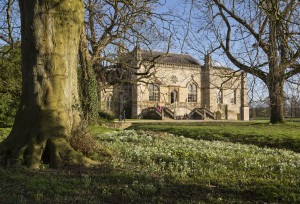 Production firm Company Pictures was already familiar with The Bottle Yard Studios, having shot there for Channel 4’s period series New Worlds the previous year. This time, the facility was used as a production base rather than a filming location.

“At pre-production stage they were extremely busy on site, building sets, stocking props and planning everything needed for a production of this scale,” said Fiona Francombe, Site Director of The Bottle Yard Studios.

“During production the convenient location of The Bottle Yard Studios on the doorstep of the south-west meant that the team could easily access the impressive range of locations the region has to offer, both here in Bristol and at the beautiful period houses that feature in the drama.”

Bristol Cathedral was one of several city locations used for Wolf Hall. The location stood in for Westminster Cathedral and Bristol Film Office helped organise the logistics of city filming, sometimes with crowds of extras involved.

For director Peter Kosminsky, the period authenticity was a vital component of the production.

“Throughout we’ve tried to be pretty accurate; we’ve shot in properties that are almost all period, or believably period,” he considers.

“To take one example we were shooting in Penshurst Place (in Kent), using part of it as part of the set for York Place, which becomes Whitehall Palace. There’s no doubt that Henry VIII stood in the room where we had Damian Lewis standing, playing Henry VIII, 500 years later."

The National Trust has been very supportive and around 40% of our overall shoots have been at Trust places.

“You could see it in the way the actors responded to the environment," Kosminsky adds: "This is why I like to shoot on location, and not on the stage. In fact, we didn’t shoot anything on the stage, it was all locations.” 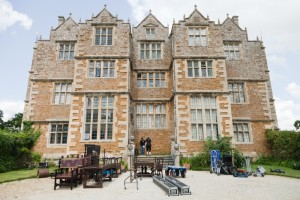 “The advantages of filming in a historic location are massive,” Wolf Hall producer Mark Pybus told the National Trust: “It also helps the actors, if they’re stepping into the buildings that Henry VIII and Thomas Cromwell walked around in, it helps bring a realness to the project.

“The National Trust has been very supportive and around 40% of our overall shoots have been at Trust places. It will be a big part of the overall programme, the locations that people see.”

Other recent features to have filmed on National Trust grounds have included Disney’s fairytale drama Into the Woods and Dracula Untold. Filmmaker Mike Leigh shot scenes for Mr. Turner at Petworth House and Park in West Sussex, which the real JMW Turner visited regularly.

“If you’re in a real place it informs the whole thing,” Leigh told the organisation: “I always do work so that the people feel bedded into the place. And a place like that – of course! Overall I think we managed to serve Petworth and get the spirit of Petworth in.” 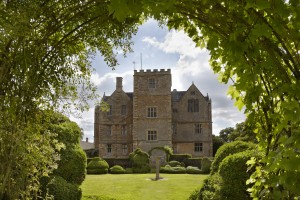 Dracula Untold used Italian Gardens at Mount Stewart in County Down, Northern Ireland, as the grounds of Dracula’s castle in Transylvania.

“To be associated with such a huge Hollywood blockbuster gives us a great opportunity to showcase our wonderful places on a world stage,” commented manager John Kerr to the National Trust.

“It’s great not just for the places we look after, but for Northern Ireland as a whole. As well as the huge profile that filming brings, every film shot in our places generates income which helps to look after the place in which it was filmed. So there are also huge conservation benefits.”