Period drama Foyle's War has filmed Liverpool as London, Southampton, Poland and France for its new series. The long-running show follows the exploits of an MI5 officer in post-war Britain. 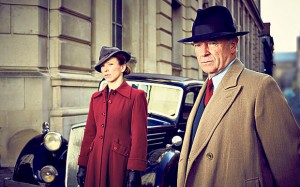 Previous series of the drama were filmed on location in Dublin, but the producers have now shifted across the Irish Sea to Liverpool to ease logistics and get a different visual style, the Liverpool Echo reports.

“Dublin was a great place to shoot but they needed a little bit more variety,” producer John Chapman told the outlet.

“When they were deciding what was going to happen next with the series, Liverpool came up as an option. This is my first series of Foyle’s War, but I’d worked quite a lot up here and knew there were great crews.

“Of course, there are great cameramen and great people involved over in Dublin as well. But there’s still the Irish Sea and it’s quite difficult to get backwards and forwards.”

Dublin was a great place to shoot but they needed a little bit more variety.

Production in the UK still focuses on the major studios in and around London. However, developments like the UK's dedicated TV tax credit have helped international shoots discover filming locations outside the capital.

Disney series Galavant used The Bottle Yard Studios in Bristol as a production base and Da Vinci’s Demons has become a long-term resident of south Wales. In Scotland, the historical drama Outlander filmed in adapted studio facilities near Glasgow.