Black Label Productions filmed on location in Antibes in the south of France for the latest in the Miss Dior campaign starring Natalie Portman. Directed by Anton Corbijn, the spot shows Portman abandoning her wedding at the last minute and escaping in a Dior-branded helicopter. 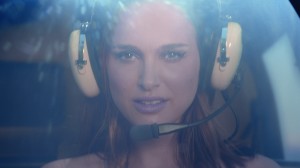 Corbijn has worked extensively in music video production and his feature credits include George Clooney’s assassin drama The American and the espionage film A Most Wanted Man.

“The location was beautiful and the weather was stunning,” said Dom Freeman of Black Label: “We were very fortunate for the Hotel du Cap-Eden-Roc to allow us to use the hotel as a location and even more fortunate to be able to roll out of bed and straight onto set – not something we’re used to!

“The most challenging aspect of the shoot was definitely waiting for a life-sized, gold-plated mammoth skeleton by Damien Hirst to be removed from the location, so that we could replace it with a giant mirrored wall with thousands of hand-cut orchids - all of which had to be placed individually, by hand, into their own tiny vases to keep them alive in the heat – in 12 hours. The most enjoyable aspect? Doing it in 11.”

Added Portman: “Anton Corbijn is such an exciting director to work with. He has such incredible photography, music videos and films, he’s really bold and I think really, sort of, the new wave.”

Marion Cotillard recently co-directed herself in the Dior short Enter the Game, which also filmed in France, doubling the southern town of Meyreuill for the Hollywood hills.