The California Film Commission has approved an initial set of rules on how to issue the state’s new filming incentives that come into effect this summer. Specific details include penalties for productions that fail to create as many jobs as initially intended.

California’s expanded filming incentive programme was signed into law last autumn and extends support to big-budget films and TV shows. The annual film fund has been more than tripled to USD 330 million, with most of the money allocated to support TV production.

Ken Ziffren, the ‘Film Czar’ for Los Angeles, told Deadline that the major Hollywood studios want to be filming in Los Angeles. However, he claimed executives were usually expressing this privately so as not to alienate the other US production hubs.

Ziffren wants to bring up to eight big-budget studio features to the city by the second year of the new filming incentive programme. He and his staff will spend the next few months promoting the expanded programme among studio bosses.

Marvel's Captain America: The Winter Soldier (below) has been one of a small number of big-budget studio films to have been based in California in recent years. 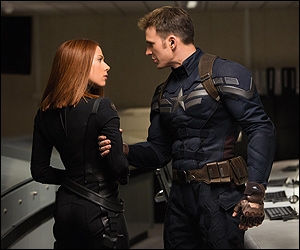 “We’re going to go to the Greenlight Committees at each of the studios,” added Ziffren’s deputy Rajiv Dalal in comments to Deadline.

Los Angeles screen agency FilmLA will take charge of the more public side of promotion at film festivals and location shows, Ziffren and Dalal added in the interview.