Successful crime drama Banshee will relocate from North Carolina to Pittsburgh, Pennsylvania, for its new series. Pittsburgh is a popular filming location and has hosted Tom Cruise’s vigilante drama Jack Reacher, while also appearing as Gotham City in The Dark Knight Rises. 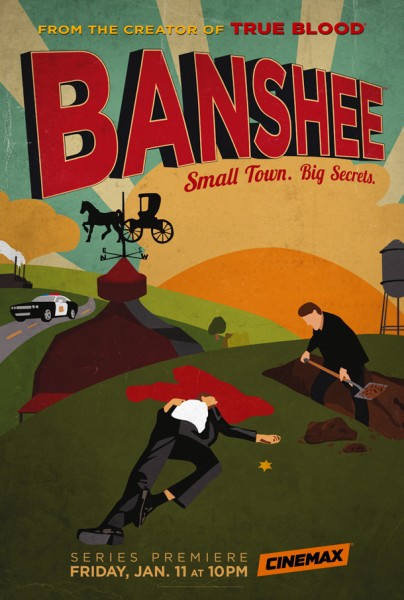 Banshee has in fact always been set in Pennsylvania but the show has been based in North Carolina since the start of its run three years ago. Now that North Carolina has downgraded its filming incentive, Banshee’s producers will be using Pennsylvania’s 25% TV tax credit when they shoot in Pittsburgh.

“We chose Pittsburgh for the look of the surrounding area and for the Pennsylvania tax incentive,” producer Robert Phillips told the Pittsburgh Post-Gazette: "We are delighted with the crew, locations and infrastructure here in Pittsburgh.”

“Television series are amazing in that they provide long-term employment for our local crew and ongoing business for our local vendors,” added Pittsburgh Film Office director Dawn Keezer: “This is a direct result of the very successful Film Tax Credit programme. If we could uncap the Film Tax Credit programme, we would see even more of this type of work and economic activity in our region.”

Pennsylvania’s filming incentive is capped at USD 60 million a year. The film office has been engaged in a long-term campaign to have this limit removed and enable the state to support more productions.

California is aiming to convince TV productions to relocate to the west coast when it launches its boosted filming incentive in the summer. Television series that filmed their first season elsewhere will be specifically incentivised to switch to California.