Jordan has had a renewed call for filming incentive support as Ridley Scott prepares to shoot locally for part of his new film The Martian. In recent years the country has hosted shoots such as Zero Dark Thirty but faces a major challenge in boosting its international appeal. 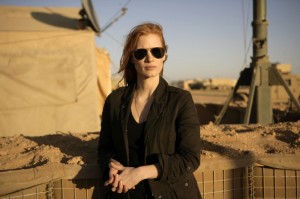 The Martian tells the story of an astronaut struggling for survival when he is left for dead on Mars during a scientific mission. Filming has been based at Korda Studios in Hungary and Jordan is likely to be used as a stand-in for the Martian surface itself.

Jordan’s production appeal has also been affected by violence in neighbouring Israel, Syria and Iraq. The BBC’s drama miniseries The Honourable Woman planned a Jordan shoot but relocated to Morocco partly for security reasons.

In the Middle East, Jordan faces stiff competition from Abu Dhabi, which now offers a 30% filming incentive and got a big profile boost by hosting Star Wars: The Force Awakens.

Morocco is the most popular international filming location in North Africa. The country doubled for Iraq in the recent box-office sensation American Sniper and stood in for Mediterranean locations in BBC shows such as Atlantis and its upcoming biblical tale The Ark.

Jordan is developing its crew base and is keen to highlight the appeal of its varied locations, but will need to be able to offer an incentive package to make more of an international impact.