The Michigan production industry has been fighting this week to keep the state’s filming incentives. Superhero movie Batman V Superman: Dawn of Justice shot in Detroit last year but conservative politicians argue the incentive is ultimately too draining on state resources. 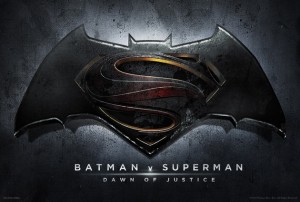 Michigan currently offers a base 25% filming incentive and legislation was in fact passed only a few months ago to extend the support for the next seven years. Just in the last few weeks, however, moves to defund and cancel the filming incentive have gained traction.

Detractors argue that the filming incentive has not created any permanent jobs and that the money would be better spent in other sectors of the economy.

Michigan’s filming incentive has had a rocky few years. The film fund was massively reduced in 2011 and until recently had to be renewed each year, creating long-term uncertainty that many TV producers in particular found unappealing.

Detroit has still managed to attract major location work from Transformers: Age of Extinction, while Batman V Superman director Zack Snyder has been supportive of the city.

Should the state choose to cancel the filming incentives altogether, Michigan will effectively take itself out of contention for any Batman or Superman sequels. It would also miss out on the vast slate of upcoming superhero movies recently announced by DC/Warners and Marvel.

The new comic book movie Suicide Squad will film in Toronto and the TV series 12 Monkeys – an adaptation of Terry Gilliam’s 1995 time travel drama – filmed its pilot in Detroit before relocating to Toronto.

Some production industry professionals say that Michigan is already alienating Hollywood by holding a protracted debate about whether or not the state wants to support larger shoots.