Adam Sandler will spend the next couple of months filming Netflix comedy Western The Ridiculous Six in Santa Fe, New Mexico. The state is a popular Western filming location and recently hosted Seth MacFarlane’s A Million Ways to Die in the West. 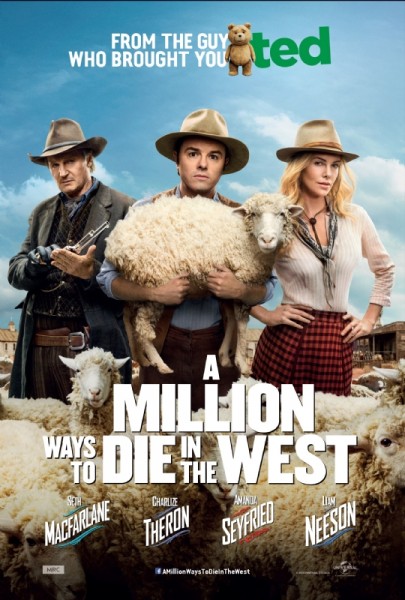 “Santa Fe could not be more excited about Adam's upcoming film project. We are open for film business and with a skilled workforce we have what it takes to make this film a success,” said Santa Fe’s Mayor Javier M Gonzales.

New Mexico was also the main filming location for Johnny Depp’s big-budget version of The Lone Ranger. The production team built two large-scale sets near Albuquerque, plus five miles of railroad tracks and two period engines to travel on them.

“We built them, just as we built several full-size ships for the Pirates of the Caribbean movies,” said producer Jerry Bruckheimer at the time of the film’s release: “There’s no substitute for reality and given what we needed to do with those trains, the real thing was the only way to go.”

New Mexico is currently the most cost-effective place in the US for desert filming locations due to its 25% film incentive and 30% TV tax credit. California offers similar landscapes but has been hamstrung by an uncompetitive filming incentive for the past few years. This will change in the spring when California launches a boosted support programme.

The announcement for The Ridiculous Six comes days after news that comedienne Tina Fey is also filming in New Mexico for her adaptation of journalistic memoir The Taliban Shuffle: Strange Days in Afghanistan and Pakistan.

New Mexico is currently enjoying a renewed small-screen profile boost with the launch of Breaking Bad prequel series Better Call Saul, which is based in Albuquerque.