Auckland in northern New Zealand is planning to raise its filming fees to help the city recoup more of the cost of administering shoots. The city has hosted features including the World War Two drama Emperor, and the TV fantasy Shannara is currently at Auckland Film Studios. 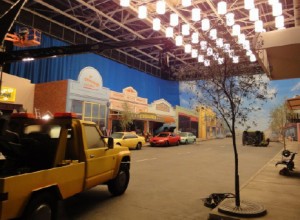 City council members want to raise fees by up to 30%, with large productions likely to be charged around USD 1,170 a day, reports Fairfax Media. This would be on top of fees for services like building consents and parking.

The council is wary of raising fees by too much, but at the moment Auckland recoups less than 40% of the costs of administering film shoots and the city is becoming more popular.

Even with the changes, Auckland would only be slightly more expensive than Wellington and in fact still cheaper than Sydney.

Television fantasy Shannara has given Auckland a profile boost and New Zealand as a whole has attracted renewed international interest since increasing its filming incentives last year.

New Zealand’s film industry is still primarily based in Wellington. James Cameron’s Avatar sequels are set to shoot at Stone Street Studios – home to the Lord of the Rings and Hobbit movies – and Disney is scheduled to shoot locally for its remake of children’s fantasy Pete’s Dragon.

Further south, Michael Fassbender filmed in New Zealand’s Canterbury region for the period movie Slow West and also shot in the Dunedin area with Rachel Weisz for 1920s drama The Light Between Oceans.

Auckland’s filming fees plan will be included in an updated version of the city’s Film Protocol, which outlines the ways in which the region supports the production industry.