Mississippi hosted a diverse production slate in 2014 but they were mostly low-budget shoots. James Brown biopic Get On Up was the highest-profile movie to film locally. Nineteen movies helped generate overall production spending of around USD 55 million. 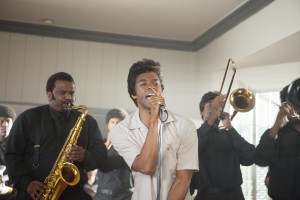 Producers filming in Mississippi can access a base 25% filming incentive that’s capped at USD 10 million per production. The programme has an annual fund of USD 20 million, which restricts its appeal to low-budget shoots.

“While the programme has proven attractive to incoming production, the low minimum spend of USD 50,000, the lowest in the country for a rebate, has been successful in supporting smaller productions and the projects of local producers,” said Ward Emling, head of the Mississippi Film Commission, in comments to Mississippi Business Journal.

Mississippi shares a state border with Louisiana, which has become one of the main production hubs in the US through its 30% uncapped filming incentive. New Orleans hosts many of the biggest Hollywood studio features and routinely doubles for other parts of North America.

Uncapped filming incentives and large film funds are controversial in the US, especially in more conservative states where the true economic benefits of film tax credits and rebates are constantly questioned.

States with small film funds struggle to attract big-budget productions that need loftier guarantees of financial support. Maryland struggled to secure the third season of political drama House of Cards when the state sharply reduced its film fund for the year but the producers demanded their level of financial support stay the same.