Thirty-six international films shot on location in the UK in 2014, according to the British Film Institute. The shoots helped drive a 35% rise in overall production spending in the UK compared to the previous year. The new Star Wars movie was among the biggest films. 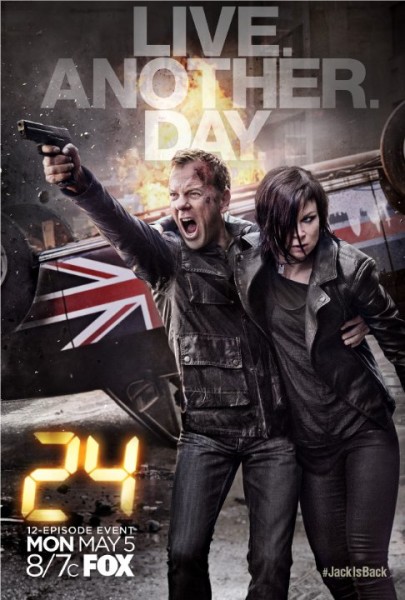 International shoots accounted for 85% of the overall GBP 1.5 billion UK production spending, which is a record figure.

“The significant number of ambitious, large-scale productions choosing our skills, our facilities and our locations is vital for the UK economy,” said Adrian Wootton, Chief Executive of the British Film Commission and Film London.

“In addition, our success in attracting these productions is driving our industry forward and providing a vibrant environment in which to train our crew and talent of tomorrow.

Nearly 90 high-end TV productions started principal photography in the UK in 2014 and 22 of these were international, including 24: Live Another Day (right). The majority were still British shoots – such as the BBC’s flagship period drama Wolf Hall – that might well have filmed outside the UK without the aid of the TV tax credit launched in 2013.

In the next few months the BFI will offer in-depth analysis of how the TV tax credit has impacted the UK.

The UK doesn’t have the studio space to cater for the scale of international demand. Pinewood in London and Titanic Studios in Belfast are carrying out long-term expansion plans and Leavesden has expanded in the last few months.

More productions are instead adapting existing warehouse facilities, which can be a cheaper option particularly for TV shoots.