Filming for Quentin Tarantino’s The Hateful Eight has proven a big boost for Telluride, Colorado. The filmmaker’s second Western after Django Unchained has been filming for several weeks and may stay longer than planned as there hasn’t been enough snow for the winter-set story. 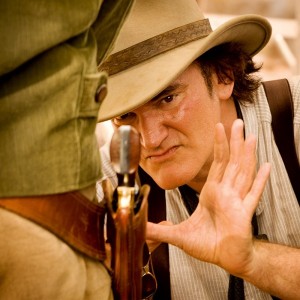 Location filming was originally planned for Utah, according to local outlet the San Juan Independent, as the state has a more comprehensive production industry.

However, Location Manager John Minor decided Schmid Ranch in Telluride would be a better option and he was able to persuade Tarantino and his creative team after a low-key scouting trip.

Colorado is not known as a US filming hub. It does, however, offer a 20% filming incentive, although this comes with a very small annual film fund.

The state arranged a deal to allocate the full USD 5 million filming incentive to The Hateful Eight. Production spending from the movie has since had a big impact locally at a time of year when the region is often in a downturn.

Despite the boost from Tarantino’s presence, the future of the filming incentive is not certain.

“We are in the Governor’s budget for USD 5 million for 2015-16, but it’s ultimately in the hands of the joint budget committee (JBC) and the legislature whether we will get funded at this level,” said Donald Zuckerman, head of the Colorado Office of Film, Television & Media, in comments to the outlet.

“The JBC could give us more – which is unlikely – and they could give us less, or nothing. We just don’t know. We are holding our breath and hoping the legislature sees the benefit of all this business and press, at a very low cost. You can’t always convince everybody.”

Tarantino previously filmed his slavery Western Django Unchained largely on former plantations in Louisiana, which is one of the top production hubs in the US.