Six of the major Hollywood studios have agreed to keep buying film stock from Kodak. Despite the broad industry preference for digital production, several of this year’s Oscar nominees were shot on film, including Boyhood, Foxcatcher, Interstellar and The Imitation Game. 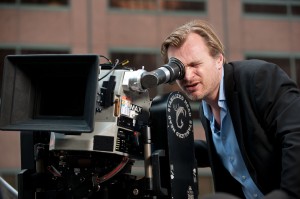 High-profile directors such as JJ Abrams, Christopher Nolan, Judd Apatow and Quentin Tarantino have particularly championed film over digital and in the last few months they have helped convince the studios to commit to Kodak.

Abrams shot Star Wars: The Force Awakens on film and Tarantino is using 70mm stock for his new Western The Hateful Eight. Nolan shoots on film and has also made the IMAX format an integral part of his last few movies. Other upcoming productions shot on film include Jurassic World, Ant-Man and Mission: Impossible 5.

“With the support of the major studios, the creative community can continue to confidently choose film for their projects,” said Andrew Evenski, Kodak’s President of Entertainment & Commercial Films.

Added Jeff Clarke, Kodak’s chief executive officer: “Film has long been – and will remain – a vital part of our culture. With the support of the studios, we will continue to provide motion picture film, with its unparalleled richness and unique textures, to enable filmmakers to tell their stories and demonstrate their art.”

Kodak has had a troubled few years, having filed for bankruptcy in 2012 after problems adapting to the digital revolution that saw motion picture film sales fall by 96%. The company came back from bankruptcy in 2013 to focus on printing equipment and business services.