Conan O’Brien has filmed a special episode of his late-night chat show on location in Havana, Cuba. The move marks the first time a late-night US host has filmed in the country since the US trade embargo was introduced in 1962. 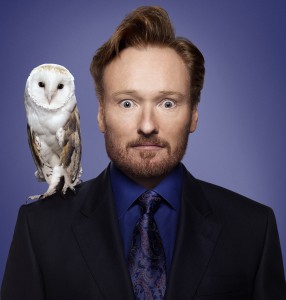 In mid-January the US and Cuba announced the first steps towards the restoration of a diplomatic relationship, which could lead to Cuba becoming more available to US producers as a general filming location.

O’Brien will offer an insight into modern Cuba when the special episode airs in the next few weeks, Deadline reports.

Cuba has been used as a filming location for years, but mainly for non-US crews and talent. Filmmaker Bob Yari recently filmed in the country for his feature Papa, which tells the story of the true-life friendship between writer Ernest Hemingway and the US journalist Ed Myers in the late 1950s.

The film was officially shot as a Canadian-Cuban co-production, but the presence of US cast and crew led to a lengthy prep period.

“It took some significant Washington legal petitioning and lobbying to clear the licensing for the American cast to be in this film,” Cuba Film Productions' Michael Pacino told The Location Guide shortly after the movie wrapped.

“That licensing came with restrictions as well. Granted, the film was ‘licensable’ according to OFAC (Office of Foreign Assets Control, a division of the US Treasury) standards, but that doesn’t mean things always play out as they should.

“Our company has a 20-year relationship with the island (Cuba) and I can tell you that it is not ‘paint-by-numbers’ when it comes to licensing. It changes under every Administration and there are various factors that come into play.”