New Australian TV miniseries Gallipoli filmed in Victoria, south-eastern Australia. The drama tells the story of the Allies' failed World War One campaign of 1914 in Ottoman Turkey that cost 100,000 lives, including those of 8,700 Australian soldiers. 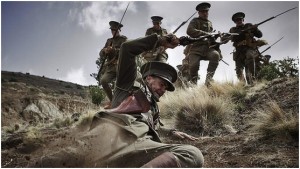 Victoria locations doubled for the Gallipoli Peninsula for the new TV series, with most of the shoot taking place within 50 km of Melbourne’s city centre.

“The locations were chosen for their resemblance to the Gallipoli Peninsula and for authenticity when it came to how difficult the terrain was to navigate and traverse,” explains Nicci Dillon, the production’s Location Manager.

“We used actual photographs from the Australian War Memorial archives as references for our searches for locations. It was ‘thinking outside the box’ time and my team of myself and scout Andrew Perry hit the road. We damaged beyond saving both of our vehicles in the process and got caught trespassing on numerous occasions in our search for the perfect locations.”

We had torrential rain when we were at our trench sets and they turned into sludge pits. You slid around set more than walked around it.

Mornington Peninsula south of Melbourne offered many of the main filming locations, as the land and coastline closely resembled the Gallipoli Peninsula. Access was a challenge as many locations were very remote and rough landscapes.

As with the Western Front in Europe, the Gallipoli campaign was characterised by brutal trench warfare, so set building to this effect became a major production element. 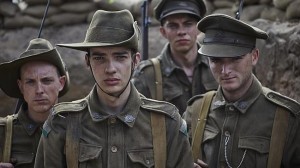 The Gallipoli production team built a network of trenches at the Werribee International Shooting Complex west of Melbourne, and this became the project’s largest set build.

“The safety and sound protection mounds built around the rifle ranges provided a fantastic base to construct the trenches on both sides with a ‘no-man’s land’ in between at the actual distance described in the war records,” Dillon adds.

“The height of these mounds, which sat atop a very flat landscape, also made it easier to add post-production visual effects.”

Weather proved an added challenge over the course of the shoot, with cast and crew affected by varying extremes, from baking heat to torrential rainfall. 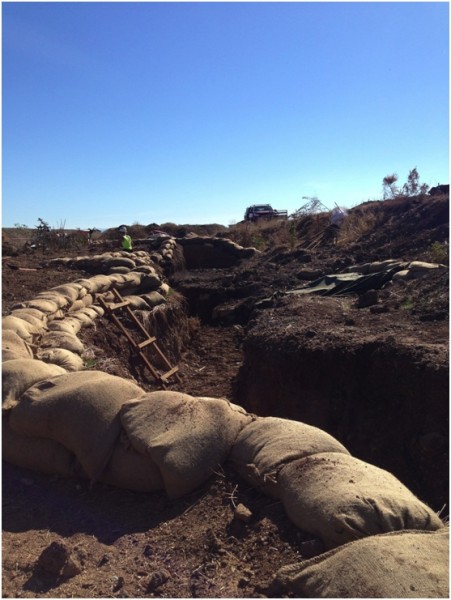 “Our first few days were so hot and the sets were up in the hills with baking sun beating down on everyone,” Dillon recalls.

“There was no shade and no escape from the heat. The crew had it bad but the cast was running up and down these ridiculously steep hills in leather-soled shoes and heavy woolen uniforms. It was madness.

“We had torrential rain when we were at our trench sets and they turned into sludge pits. You slid around set more than walked around it. The unit base would be underwater and everything would be caked in mud that just stuck like clay.”

Gallipoli is currently screening in Australia and is one of several TV dramas marking the centenary of the military campaign.

ANZAC Girls screened last year and looked at the women who served in the Australian Army Nursing Service. Deadline Gallipoli looks at the campaign from the perspective of war reporters who witnessed the fighting, and screens in April. Both productions doubled South Australia for the Gallipoli Peninsula.