Somesuch filmed on location in New Zealand for a new spot promoting Asics’ running footwear. Entitled It's a Big World. Go Run It, the spot shows runners responding to a rallying call and jogging across cities, through forests and across mountains to converge on a remote ridge. 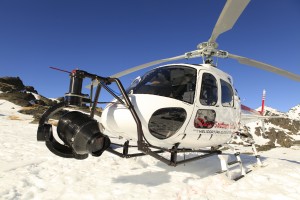 Filming took place around Queenstown on the South Island, and near Auckland on the North Island, with travel minimised to one day between the two locations.

“New Zealand was chosen because they needed a wide variety of locations within a manageable geographical area, to keep the schedule tight,” says William Grieve of service company Big Pictures.

“It was shot in September, which was really a pretty good time because there was still plenty of winter snow on the mountains but the days were getting longer and warmer.

“A favourite location was Lake Hope - a frozen lake in the Remarkables range of mountains near Queenstown which was accessible only by helicopter. It was the first time that anyone had filmed there. The helicopters were able to land on the ice even in September.”

New Zealand’s international filming appeal for features and TV shows has grown since the country’s filming incentives were boosted last year, putting the nation in a healthier position against its international competitors.

Disney is remaking its 70s fantasy Pete’s Dragon from a base in Wellington and James Cameron is working on three Avatar sequels, which will also shoot in the capital.

Auckland has hosted many high-profile international TV productions over the years and after a few slower years is now home to the MTV fantasy drama Shannara, based on the popular series of novels by Terry Brooks.