The entry window for film submissions to this year’s Berlin fashion Film Festival (BfFF) closes on 20 March next week. The festival celebrates branded video content focussing on fashion, lifestyle and luxury, and the festival has announced its jury for this year. 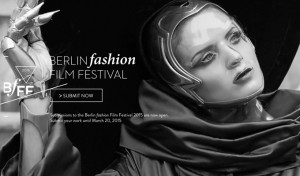 “We are always on the lookout for those awesome creatives who are shaping and moving the visual industries,” said Frank Funke, co-founder and Head of Programme of Berlin fashion Film Festival: “These are the people who’ll be able to bring a positive change to the impressive talent we’ll once again be presenting this year.”

This year’s BfFF will include Q&As, panel discussions, seminars and several screenings featuring all the films nominated for awards.

To find out more and to submit work, visit the website here.