New Bond movie Spectre has filmed its opening sequence on location in Mexico City, recreating the country’s Day of the Dead celebrations, which in reality fall at the end of October. The production team has already filmed on location in Austria and Rome. 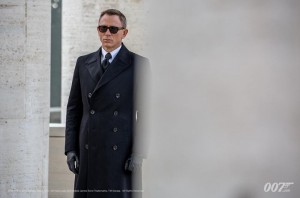 “The big [filming locations] are pretty much behind us,” producer Barbara Broccoli told media on set.

“We have one more big foreign location, which is Morocco, toward the end of the schedule. Then we have London – some really cool places in London – and Pinewood. But, you know, Austria, Rome and Mexico are almost finished. We've got a few more days here, and then we're back home.

Added fellow producer Michael G Wilson: “Here we are in the hot, and in Morocco; then the cold up in Austria. Of course, we've been in Rome filming a car chase at night, which we thought was going to be very disruptive to the public.

Mexico will be aiming to boost its international production profile by hosting such a major Hollywood shoot. Neill Blomkamp’s sci-fi drama Elysium was the last high-profile film to shoot in Mexico City, using the region as a stand-in for a dystopian Los Angeles.

Spectre’s upcoming Morocco shoot will give the North African country an additional boost after a strong 2014 that saw a six-fold increase in regional production spending. Morocco is also set to have a strong presence in this summer’s Mission: Impossible - Rogue  Nation, which closed parts of the Casablanca-Agadir highway last year for extensive car chase sequences.