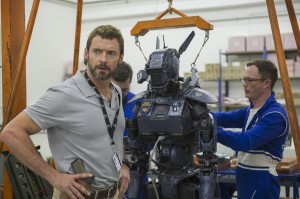 Chappie (right) is set in a near-future Johannesburg and follows a sentient robot drifting between rival humans in a city overseen by a mechanised police force. The film marks Blomkamp’s return to Johannesburg, having also shot his critically-acclaimed debut feature District 9 (below) in the city. Chappie was serviced by Uncle Morris Films.

“At first, I didn’t want to set the film there, because District 9 was set there,” said Blomkamp: “We looked at setting it in America. But that didn’t feel as unique to me. The themes of the movie tied into Johannesburg in quite a real way.”

Added James Bitonti, the film’s first assistant director and co-producer: “The film was written for Johannesburg, because that’s a world that Neill really knows. When we started scouting locations, we saw some of the locations he was talking about – the den, the bridges – and we really got a feel for the city. It made the script stand out even more.

"So often, a script is written for an anonymous city, so to step off that plane and see some of the places Neill wrote into the script made the script that much better.”

Studio space in Cape Town is limited and reportedly fully booked to the end of 2016 with shows like the popular TV pirate drama Black Sails.

South Africa has become steadily more popular in recent years as an international filming location, partly because of its 25% filming incentive. The country is a regular double for locations in the Middle East and the Indian subcontinent, most recently for the US terrorism drama Homeland, which based itself in Cape Town for a season.

Studio space in Cape Town is limited and reportedly fully booked to the end of 2016 with shows like the popular TV pirate drama Black Sails, which is based at Cape Town Film Studios. 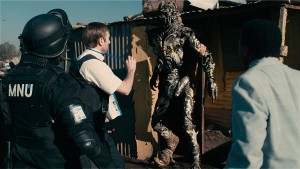 Homeland built sets in separate warehouse facilities, a practice that’s becoming more commonplace in cities around the world from London to Pittsburgh.

Officials at the City of Cape Town have responded to the issue by proposing that exhibition hall the Good Hope Centre should be renovated to provide adapted studio space for three years.

“The City’s considered view is that the centre will have a far greater economic and job creation impact as a temporary film studio, as opposed to continued (significantly subsidised) community usage,” said City Councillor Garreth Bloor in a recent statement on the matter.