Crime drama Longmire will return to film on location in New Mexico for a fourth season, doubling the state for Montana. The announcement comes shortly after separate news that New Mexico is preparing to boost its filming incentive programme. 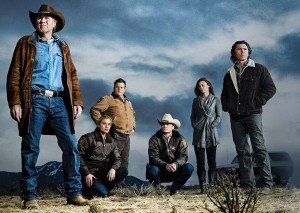 Governor Susana Martinez is expected to sign new legislation enabling TV pilots to qualify for New Mexico’s 30% television incentive. The state incentive for features is set at 25%, but under the new terms films will more easily be able to qualify for a 30% tax credit on labour costs.

Longmire was in fact cancelled last year by its original network but was resurrected by Netflix and will film a new season in the City of Las Vegas in northern New Mexico.

“Longmire has brought energy to the City of Las Vegas by embracing the community and showcasing our Historic Plaza and beautiful city,” said Mayor Alfonso E Ortiz, Jr.

“We are grateful for the greater visibility the programme has brought to Las Vegas, for their positive impact on our economy and for utilising local talent. The Longmire family is now a Las Vegas family and we welcome their return home with open arms.”

New Mexico is a hugely popular production location in the US, partly because it’s the only state to offer desert locations backed up by generous filming incentives.