Filmmaker Rob Reiner, famous for classic comedies like This Is Spinal Tap and The Princess Bride, will get filming incentive support to shoot his new independent movie in Utah. Moab in eastern Utah is a popular filming location and has appeared in movies like 127 Hours and John Carter.

Danny Boyle directed 127 Hours (below), which tells the true story of solo climber Aron Ralston who spent days trapped in a remote canyon when his arm was caught beneath a boulder. John Carter (above) used Utah’s desert wilderness as a stand-in for Mars.

Reiner will start filming Being Charlie in the next few weeks and the production will get incentive support of a quarter of a million dollars. Utah offers a filming incentive of up to 25% of eligible production spending.

“The state’s professional top-notch crews and artists, its world-class infrastructure and the warmth of its people all make it one of my favourite locations to shoot,” said Lucas Jarach, a producer on Being Charlie. 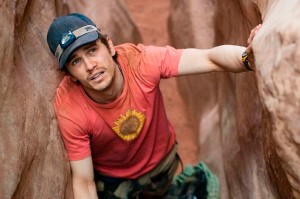 Last month Utah granted filming incentives to several independent films that are projected to spend nearly USD 9 million between them.

“It’s no secret that the Sundance Film Festival puts Utah on the map every year and is a significant boost to the state’s economy,” said Virginia Pearce, director of the Utah Film Commission, when the support was first announced.

“What some might not know is how effective the festival is at putting Utah on filmmakers’ radar too. These new projects will not only produce in-state spending – they will also add to Utah’s reputation as an ideal filming location.”