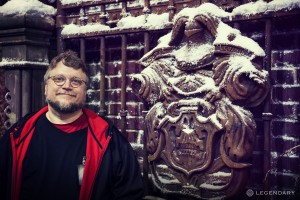 The number of international films and TV productions shot in Ontario in 2014 stayed fairly level with the previous year, according to figures from the Ontario Media Development Corporation.

However, spending for both TV and film rose considerably and by more than CAD 40 million for features, driven by Pixels and Crimson Peak.

In the TV sector Ontario saw an increase of nearly 60% in international production spending with shows like spy drama Covert Affairs, historical series Reign and Guillermo del Toro’s own zombie drama The Strain.

In addition, foreign animation activity rose by nearly 40%, while shows like Penny Dreadful and Vikings – both filmed in Ireland – chose Toronto for post-production work.

Taking domestic production into account, Ontario’s overall screen sector contributed CAD 1.29 billion to the regional economy over the course of the year.

Comic book movie Suicide Squad – filming as Bravo 14 – will be one of the top titles to shoot in Toronto this year, with production scheduled to start in mid-April with Will Smith, Margot Robbie and Jared Leto among the stars.

Toronto will be hoping to secure more of the dozens of superhero movies planned by rival studios Warners/DC and Disney/Marvel over the next few years.

Ontario offers a 25% filming incentive and a 20% visual effects tax credit, but the city faces international competition from the likes of Atlanta, London and Los Angeles. California will boost its filming incentive from the summer, but most of its boosted film fund will target television.