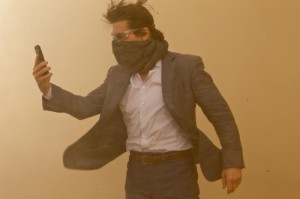 The figures were announced at the National Film Festival in Tangiers, Associated Press reports. Film commissioner Sarim Fassi-Fihri attributed the success to the fact that Morocco is one of the only parts of the world that offers a peaceful and stable stand-in for the Middle East.

Mission: Impossible 5 closed part of the Casablanca-Agadir highway last year, reportedly for extensive car chase filming. The film has been based at Warner Bros at Leavesden Studios in London, and also shot action sequences on location in Vienna.

Morocco is one of the most popular international filming spots for productions set in desert locations. The country’s successful year is connected to the deteriorated security situation in the Middle East, which has particularly impacted Jordan’s international appeal.

The United Arab Emirates is building its Hollywood appeal. Abu Dhabi offers a 30% filming incentive but is under pressure from US producers to expand its studio facilities. The city will get profile boosts this year with Furious 7 and Star Wars: The Force Awakens. However, the region still mainly appeals to Bollywood productions.

For American shoots, New Mexico is the only real alternative option for desert locations, as none of the other south-western states offer viable filming incentives. The production landscape in the US could change when California boosts its production tax credit programme this summer.