Ryan Reynolds’ new comic book movie Deadpool will film partly on location on the Georgia Viaduct, a major twinned bridge in central Vancouver. The movie is a solo outing for the comic book hero Reynolds first played as a supporting character in X-Men Origins: Wolverine. 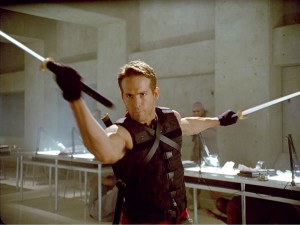 “After scouting locations in North America and Europe, we selected Vancouver for both budgetary reasons and because of the City’s increasingly positive reputation regarding its support for filming,” said Deadpool’s executive producer, John Kelly.

“The use of the viaduct is necessary to accommodate a critical scene that requires the appearance of highway overpasses entering a major urban centre. We are very pleased to have this opportunity to work with the City of Vancouver.”

Added Vancouver Mayor Gregor Robertson: “This collaboration with 20th Century Fox is more exciting news for our growing economy and another important way of showing that Vancouver is open for business for major motion pictures.”

Location filming on the viaduct will last ten days and the movie itself is expected to spend at least USD 37.5 million on location in Vancouver.

The Canadian city is a major production hub and has already enjoyed a profile boost this year as the filming location for Fifty Shades Of Grey.

Vancouver faces competition from Toronto and Quebec, both of which offer stronger filming incentives. Montreal has become the production base for the X-Men franchise since Bryan Singer returned to the director’s chair.