Klaus Darrelmann has been recognised by the Location Managers Guild of America (LMGA) for his work on Wes Anderson’s acclaimed period comedy The Grand Budapest Hotel. Darrelmann talks to The Location Guide about the film and his locations career. 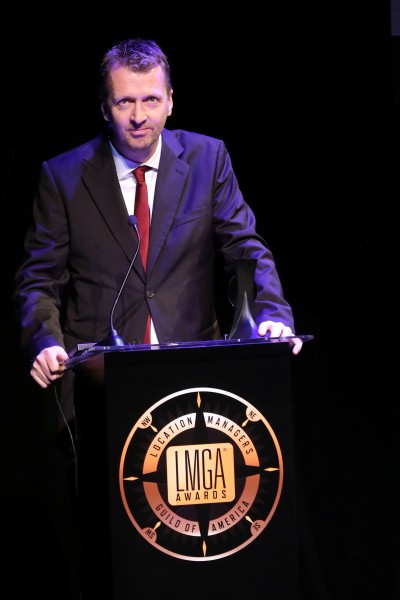 “It's a huge honour for me and my location crew,” says Darrelmann of his LMGA win for Outstanding Locations in a Period Film.

“Especially as I am a mainly German-based Location Manager, to receive such an award from the LMGA.

“Because of all the efforts of an organisation like the LMGA, the people in the film business become more and more aware of the importance of a Location Manager and a Location Scout.”

The Grand Budapest Hotel was filmed almost entirely in the German/Polish border town of Görlitz, with an old department store turned into the eponymous hotel.

“The city was never hit by World War Two and after the Wall came down the people of Görlitz did a wonderful job restoring and preserving their historic city,” Darrelmann explains.

“You see very little non-period signage there – as it is not allowed – which makes it quite easy to set up a camera at any other street corner and shoot a period picture with very little prep, something that made filming The Grand Budapest Hotel in Görlitz so much fun and easy.”

Darrelmann has forged an impressive career working on major Hollywood films over the past 15 years. He in fact originally trained for a career in medicine before an abrupt change of heart led to work on the set of a daytime soap in the late 90s.

Germany is recognised as a very reliable and affordable place to produce even the biggest feature films.

His film career was boosted by Enemy at the Gates, the 2001 World War Two movie telling the story of Jude Law’s Russian sniper facing off against Ed Harris' shrewd German marksman during the Battle of Stalingrad.

“My old schoolmate Markus Bensch (now at Studio Babelsberg) worked as a Location Manager on Enemy at the Gates,” Darrelmann recalls. 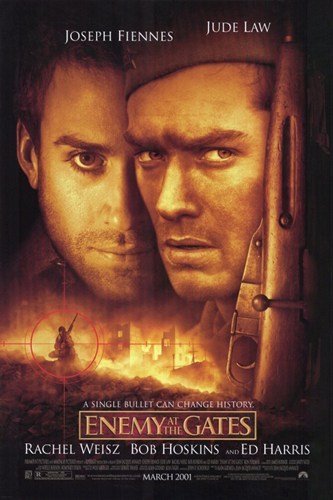 “He asked me to take care of one of the three major locations – a disused open cast mine south of Berlin. I spent nearly four months prepping this vast and pretty dangerous location for the crew and up to 500 extras, and that is still one of the most interesting projects and locations I have ever worked on.”

In the years since, Darrelmann has worked on many of the major international movies to come to Germany. He was involved with Tom Cruise’s action sequel Mission: Impossible III and later rejoined Cruise’s team for the true-life Valkyrie (below right), the story of the dramatic assassination attempt against Hitler from within his own command in the summer of 1944.

Berlin remains Darrelmann’s home and it’s also Germany’s production centre. Studio Babelsberg is just outside the city and producers have a large and experienced local crew pool to draw from.

“You can find a variation of old buildings in Berlin, but the city also offers modern architecture filling the gaps between its two halves,” Darrelmann describes. 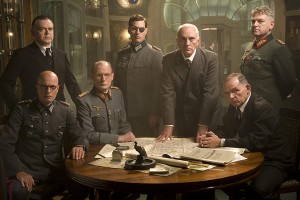 “In addition to that you get the landscapes around Berlin and the Baltic Sea is a three-hour drive to the north. The beautiful Saxonian, Harz and Thuringian landscapes and cities are a similar distance to the south and west.”

Darrelmann acknowledges Germany’s filming incentives are integral to its international appeal and he hopes the various film funds will be increased with time.

“After approximately 15 years of international productions filming in Germany I think it's safe to say that Germany is recognised as a very reliable and affordable place to produce even the biggest feature films,” he offers.

“We can offer the locations. We have the experienced crews and interesting tax incentives available and the trains and buses run on time - mostly.”