The BBC is relocating its long-running show Dragons’ Den to the new Space Project production hub in eastern Manchester. More than 55,000 sq ft of stage space is available to producers in the new facility, plus 10,000 sq ft of production and workshop room. 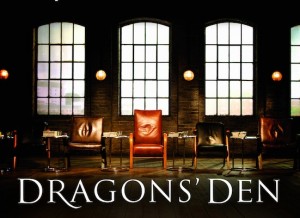 Dragons’ Den features entrepreneurs pitching their businesses to a group of wealthy moguls with the hope of securing investment.

“It’s fantastic to be able to host the Dragons as they celebrate their tenth anniversary,” said Susan Woodward, Founder of The Space Project: “It is less than 12 months since we opened this independent production facility and to date we have had all the UK’s top broadcasters on site.

“The Space Project has established itself as one of the UK’s premier locations for TV production. We hope Dragons’ Den will feel at home here and wish them well with the new series.”

All three of the UK’s public service broadcasters currently have productions based at The Space Project.

“2014 has been another fantastic year for the TV and film sector, with Creative England recording and facilitating record levels of production in Greater Manchester,” said Kaye Elliot of Creative England, commenting on the region’s success in December.

“The Space Project couldn’t have come at a better time for the region, providing premium studio space to meet the increasing demand. It’s a real testament to the city’s support for the sector and provides yet more viable alternatives to productions wanting to shoot outside London.”

Manchester production centre MediaCityUK is a northern England base for both the BBC and ITV. Shows like Jimmy McGovern’s current historical drama Banished have filmed at adapted studio facilities in the city.