A remake of 1994 supernatural thriller The Crow is set to become the first major feature film to be shot at Pinewood Studio Wales. The adapted Cardiff studio offers two 20,000 sq ft sound stages and extensive additional space for production offices and workshops. 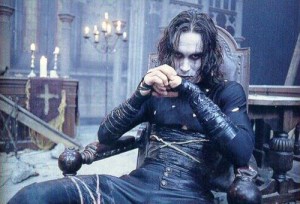 The Crow tells the story of a man brought back from the dead in a rock-gothic city to wreak vengeance on the gang that killed himself and his fiancée.

“Pinewood Studio Wales is off to an encouraging start, garnering considerable interest from tenants and productions in the UK film and television sector,” said Ivan Dunleavy, head of Pinewood Group: “I’m delighted that our dedicated team in Wales have ensured the Studio is fully operational.”

Added Wales’ First Minister Carwyn Jones: “The fact Pinewood has chosen to open a facility in Wales and so many production companies are filming here is testament to our beautiful landscape, vibrant cities, wonderful historical assets; our highly skilled and dedicated workforce; and the flexible support on offer from the Welsh Government. These combine to make our nation an excellent place to produce high quality film and television.”

Television drama pilot The Bastard Executioner – from the creator of long-running biker drama Sons of Anarchy – is also filming at Pinewood Studio Wales.

Wales is already a production hub in the UK and has been home to the US adventure series Da Vinci’s Demons for three seasons. Many films and TV shows shooting in Wales adapt existing warehouse space due to the lack of regional purpose-built studio facilities.

A successful shoot for The Crow will help boost Cardiff’s feature credentials as the city faces competition from other UK production hubs like London and Belfast.