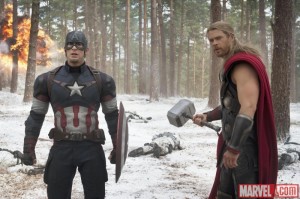 Some 100,000 sq m of new filming facilities will be developed in the coming years through the GBP 200 million PSDF plan, including a dozen additional sound stages, production offices and workshop space.

The initial phase of development is scheduled to start in the next few weeks and will see five new stages and ten workshops built for opening in 2016.

“Today's announcement represents another significant step forward in the ongoing development of the Company and the implementation of PSDF to the benefit of shareholders as a whole and the UK creative industries,” said Ivan Dunleavy, Chief Executive Officer of Pinewood Shepperton.

“The Board is encouraged by the visibility of the level of forward bookings for the next financial year.”

Pinewood had a strong 2014, posting a 15% profit increase in the second and third quarters, during which time stage occupancy averaged at 86%.

Star Wars: The Force Awakens was the biggest film to shoot at Pinewood Studios in 2014 and the next movie in the franchise – Star Wars: Rogue One – will start shooting in the next few months. New James Bond movie Spectre is a current resident. The Avengers: Age of Ultron (above) was the biggest movie to film at Shepperton Studios last year.

Pinewood Studio Wales is also available in Cardiff and recently announced a remake of The Crow as its first major feature production.