BBC dramas Luther and The Dresser start filming in London

The BBC has started filming in London for a new two-part special of the hit crime thriller Luther, while its period drama The Dresser is also shooting in the city. Idris Elba returns to the role of DCI John Luther, while The Dresser stars Anthony Hopkins and Ian McKellen. 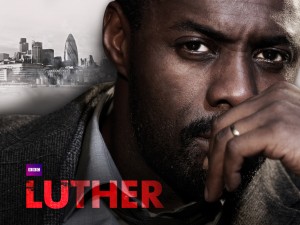 “It’s very exciting to have Idris Elba back as DCI John Luther and to be in east London shooting the show’s fourth instalment,” said Elizabeth Kilgarriff, executive producer for BBC Drama Production.

“Neil Cross (the series creator and writer) has pulled out all the stops to make this the biggest, scariest story yet and it’s a privilege to welcome such a glittering array of acting talent to our already stellar cast.”

The Dresser, meanwhile, is a TV adaptation of a 1980 play by Ronald Harwood telling the story of an ageing dresser in World War Two struggling to save a troubled theatre performance of King Lear.

“To bring such incredible and world-class talent together for The Dresser is testament to Ronald’s wonderful play, which is as current and witty today as it was in 1980,” said Ben Stephenson, Controller of BBC Drama Commissioning.

“With Anthony and Ian at the helm of the drama and such an array of supporting stars – the audience is in for a once-in-a-lifetime treat.”

London is one of the most popular filming locations in the world, largely as a result of the UK’s generous filming incentives. Television productions are increasingly using adapted industrial buildings as filming spaces due to a lack of cost-effective studio facilities for TV shoots in the capital.