The BBC’s new one-off biblical drama The Ark filmed entirely on location in Morocco. Starring David Threlfall, the drama follows Noah’s mission to build an ark in the desert to survive a devastating flood. 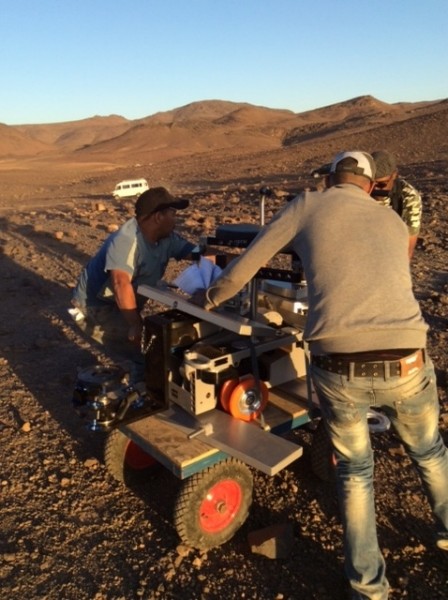 Producer Jules Hussey had previous experience of filming on location in Morocco and production team knew immediately that the North African country was where they wanted to be.

Finding the specific filming location in the Ouarzazate region of Morocco was nonetheless a challenge as the team wanted somewhere that reflected the true scale of the story they were telling.

“We needed somewhere with the space to tell the story and it was only two weeks before the start of filming that we actually found exactly what we were looking for,” says Hussey.

“The house we filmed in was heavily modified to suit our needs, including making sure we had the right views onto the ark construction site.”

The ark was in fact built as a complete set and then slowly deconstructed, with the process of the building of the ark shot in reverse. As a result, the team was able to more easily work out a logical design for the vessel, taking cues from several different sources, including the traditional biblical viewpoint.

Hussey and her team worked with Khadija Alami of service company K-Films, who provided the skilled and experienced crew the production needed. Alami is currently planning to set up a new Moroccan studio facility modelled on George Lucas’ Californian Skywalker Ranch filmmaking complex.

The important thing is to find good local creative and technical talent, and an honest and fair service company. Morocco has all that and more.

Morocco is the most popular international location for desert landscapes and is having great success with the current popularity of biblical tales.

Hugely successful US miniseries The Bible also filmed in Ouarzazate and the miniseries Killing Jesus shot on location in the region. 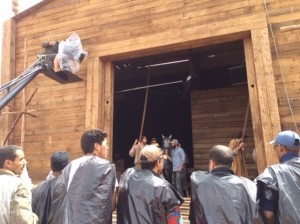 Darren Aronofsky's big-budget version of the story, Noah, has been a recent exception, with the filmmaker choosing the volcanic landscapes of Iceland rather than traditional desert vistas.

The BBC filmed parts of its family fantasy Atlantis in Morocco and doubled the country for the Middle East in its miniseries The Honourable Woman.

International production spending in Morocco rose by a factor of six in 2014. This year, the country will get significant profile boosts as a prominent location in Tom Cruise's Mission: Impossible – Rogue Nation and the new James Bond film Spectre.

“Wherever one shoots, the important thing is to find good local creative and technical talent, and an honest and fair service company,” Hussey adds: “Morocco has all that and more.”