Stephen Poliakoff has started filming his new BBC period drama Close To The Enemy on location in London and Liverpool. The filmmaker previously shot his early-1930s drama Dancing on the Edge in West Midlands. 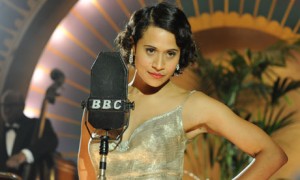 Close To The Enemy is set in the aftermath of World War Two and takes place mainly in a bomb-damaged London hotel.

“Stephen Poliakoff is one of the country’s foremost writers and directors and I’m delighted he is creating this distinctive new piece for us,” said Kim Shillinglaw, Controller of BBC Two.

“I want BBC Two to be the place where creatives can come and do their best, most signature work and it’s great to have this new work alongside our other remarkable dramas.”

Added Ben Stephenson, Controller of BBC Drama Commissioning: “With Stephen’s usual flair and attention to detail, Close To The Enemy is a hugely compelling drama which shines a light on a fascinating piece of British history. An amazing cast, wonderful design and original music will create an unmissable new period drama for BBC Two.”

“Liverpool was once the most important city in the world for a short time when it was the centre of the shipping industry and various trades so that was able to provide us with some old Imperial Moscow that, frankly, is gone,” said director and co-star Kenneth Branagh when the Jack Ryan reboot opened last year.