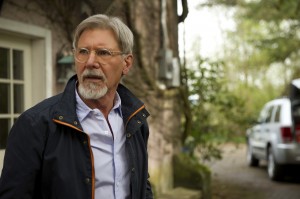 Screen Queensland’s Post, Digital and Visual Effects Attraction Grant (dubbed the PDV Incentive) offers support of up to AUD 250,000 to productions that spend at least half a million dollars locally.

The programme specifically targets ‘footloose’ projects, or shoots that have the option of completing their VFX work elsewhere.

“It is essential that we are competitive with the other (Australian) states who have incentivised their post sector and that we too get a big piece of the PDV pie,” said Tracey Vieira, head of Screen Queensland.

“We are aggressively targeting foreign and footloose post-production and visual effects work with our new PDV incentive to increase the work output for Queensland practitioners.

“We believe our new PDV incentive, coupled with our updated guidelines, and on the back-end of our slate of production activity, will position Queensland as an attractive one-stop shop for footloose productions on a global scale.”

We are aggressively targeting foreign and footloose post-production and visual effects work with our new PDV incentive.

Queensland doubled for California in Dwayne Johnson’s upcoming earthquake disaster movie San Andreas. The state is currently hosting filming for Johnny Depp’s Pirates of the Caribbean 5, the largest production ever to shoot in Australia.