Louisiana is likely to impose a cap on annual spending for its 30% filming incentive in the coming weeks. The state has recently hosted dinosaur sequel Jurassic World and is currently home to Matthew McConaughey’s true-life Civil War drama The Free State of Jones. 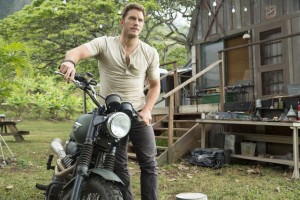 “We've got to find that sweet spot in the middle that gives you both the incentive to produce films here and create the jobs here and sustain the industry here and also that creates a level of predictability,” state Representative Walt Leger told local outlet WWLTV.

Louisiana sustains its position as one of the top production hubs in North America largely because of its uncapped filming incentive, but the state is under pressure to address a large budget deficit.

Earlier this month, a study for Louisiana Film Entertainment Association found the state’s filming incentive supported economic output worth some USD 1.6 billion in 2013. The study also found that around 15% of tourists visiting Louisiana from elsewhere in the US did so to visit locations used in their favourite films or TV shows.

“These latest figures are a demonstration that Louisiana’s motion picture incentive programme is not only working to encourage in-state productions, but it is also developing a booming and diverse state-wide economic sector,” said Vans Stevenson, Senior Vice President, State Government Affairs at the Motion Picture Association of America, at the time.