Nova Scotia in eastern Canada is set to change its filming incentive. From July, the province plans to switch its existing tax credit to a 25% funding programme applicable to all Nova Scotia production expenses. 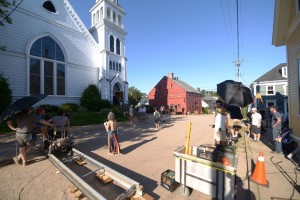 “We have said all along that we value this industry and want to see it remain in Nova Scotia,” said Diana Whalen, Nova Scotia’s Finance and Treasury Board Minister.

“I am pleased we have been able to work together to find common ground that respects the fiscal challenges facing Nova Scotia and also supports the film and television production industry in the province. The proposed arrangement stays within the fiscal plan announced on budget day.”

“The new proposal on the table is not perfect; and many details still need to be worked out,” said Screen Nova Scotia’s Board in a statement.

“But the broad contours of the deal should allow the Nova Scotia film industry to remain competitive with other jurisdictions. It is a change that enables our community to get back to work, while discussions on the future continue with government.”

The Alberta Production Grant has helped the central Canadian province raise its profile in North America. Over the past year the region has doubled for the rural US in the acclaimed TV miniseries version of Fargo, while Leonardo DiCaprio’s wilderness drama The Revenant is also shooting in the area.