Director Spike Lee could face problems securing filming incentive support for a planned Chicago shoot for his new black-on-black gang movie Chiraq. Authorities are unhappy with the title, which is a word being used in rap lyrics comparing Chicago’s gang violence with war-torn Iraq. 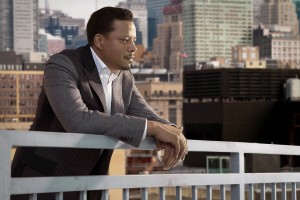 Lee is reportedly looking for a filming incentive payment of USD 3 million to film on location in Chicago. However, the filmmaker is under pressure to change the title, which authorities are suggesting reflects too negatively on the city.

"We had an honest, frank conversation," said Rahm Emanuel, Mayor of Chicago, in a press conference last week. "He (Lee) said that while the movie is about the neighbourhood of Englewood, I was clear that I was not happy about the title.

“I told him also that there are very good people that live in Englewood who are raising their family and there's a lot of positive things that are happening in Englewood mainly driven by the people that make up Englewood.”

The Mayor faces political pressure to support a production that tackles the thorny issue of black-on-black gang violence in his city, while also trying to avoid a title that’s perceived as overtly inflammatory. Lee faces the prospect of losing filming incentive support if he doesn’t address the city’s concerns.

Chicago is popular mainly as a TV filming location and hosts the music mogul drama Empire (above), which has rapidly become a ratings phenomenon.