New drama Tatau filmed on location on the Cook Islands and launched over the weekend on BBC3. The series follows two young Britons who find they have been given the power to see into the future by way of a mysterious Maori tattoo. 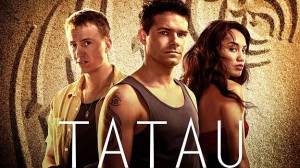 “From the makers of Being Human, Tatau is an ambitious new BBC Three drama series that will raise the bar for viewers of the channel who have a real appetite for distinctive stories from all different worlds,” said Ben Stephenson, Controller of BBC Drama, when Tatau was first announced.

Added Sam Bickley, Channel Editor of BBC Three: “BBC Three has rightfully made a name for itself producing multi-award-winning dramas like In the Flesh, The Fades and Being Human. Tatau very much continues the channel’s tradition for commissioning original, innovative and exciting drama that you would not expect to see anywhere else.”

The BBC has been involved with several high-profile recent productions in New Zealand and Australia. Jimmy McGovern’s period drama Banished was set in the late 18th century and followed the first penal colony set up in Australia by the British First Fleet.

All the exterior scenes for Banished were shot on a special set build near Sydney, but the interiors were in fact filmed in an adapted studio space in Manchester in the UK.

New Zealand boosted its formal filming incentive programme last year. The Australian government is under pressure to do the same, although the country is finding success by providing one-off incentive payments to high-profile Hollywood productions.