Perth production company The Penguin Empire orchestrated a global shoot to promote the University of Western Australia (UWA). Pursue Impossible follows a student running through cities and wilderness locations around the world as she chases her ambitions. 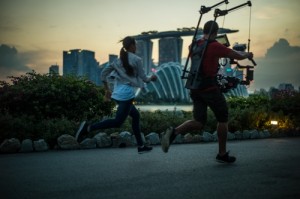 “The locations were chosen to tell the story of one person’s journey across different terrains and facing challenges of climate and environment. We also wanted to reflect UWA’s global connections.”

Local weather was one of the biggest challenges they faced, and specifically finding a suitable snow location. The problem of tracking inclement weather conditions meant a final decision had to be made almost at the last minute.

“We finally pulled the trigger on shooting in Burlington, Vermont, but that decision was made only days before we were supposed to fly and shoot. Even then, we weren’t able to say specifically where we were going to shoot until we saw where the snow had fallen the day before. 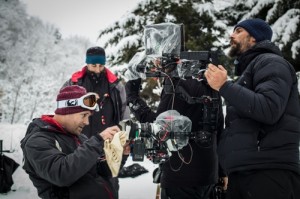 “That was a stressful, but ultimately rewarding way to work. It meant we got exactly the right look we were going for, but there was a chance we might have got no snow at all!”

Once they had their snow location, the production team faced limitations with their older equipment, with one camera lens freezing up in the conditions.

“We got the snow just the way we wanted,” the team added, “We were lucky enough to catch a bunch of beautiful sunrises and sunsets in a couple of different countries around the world.”

The Penguin Empire worked with its international network of freelancers to crew and service the shoot around the world.