A new map has been launched to promote regional film tourism in Scotland's Borders region south of Edinburgh. The campaign marks filming locations used by nearly two dozen movies and TV productions since the early 70s. 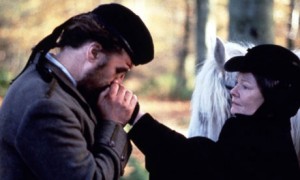 Film Edinburgh produced the map in partnership with Scottish Borders Council and VisitScotland in a bid to boost film tourism in the Borders.

The screen organisation already offers digital maps promoting filming locations used in East Lothian and in Edinburgh itself, as well as movie-specific maps for The Railway Man and the musical Sunshine on Leith.

Figures from VisitBritain suggest that some 40% of international tourists holidaying in the UK do so partly to visit the locations where their favourite films were shot.

Other movies shot in the Borders over the past decades have included period classic Mary Queen of Scots, Mrs Brown (above) and more recent titles like Solomon Kane and House of Mirth (below).

“The variety of productions featured on the map reflects the versatility and quality the Scottish Borders has to offer as a film location,” said Rosie Ellison, Film Manager for Film Edinburgh.

“With plans for a film studio in the south-east of Scotland currently under consideration," Ellison added, "everything we can do to raise awareness of productions made in the region and promote a film friendly environment to attract new projects is only a good thing.” 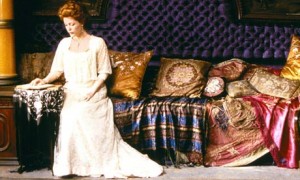 “Situated on the outskirts of one of Europe’s greatest cities, the proposed studio will place broadcast, indigenous and international film production needs at the forefront, whilst retaining the character and integrity of the local area and its natural beauty.”

The Scottish government has also pledged to develop a publically-funded studio. Wardpark Studios near Glasgow – adapted from former warehouse facilities to host the TV drama Outlander – is one potential site that could be expanded.