Television drama Nashville has been offered an USD 8 million filming incentive payment to shoot a fourth season on location in its namesake city. The series follows a fading country music star forced to work with a young starlet to sustain her singing career. 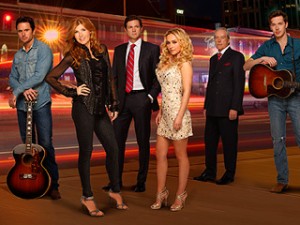 “They've done a great job proving their economic value so we wanted to be supportive,” said Randy Boyd, commissioner of Tennessee’s Department of Economic and Community Development, in comments to the Tennessean.

“In addition to jobs and economic impact, we also want to be smart and invest in films that portray our state in a good way. The Nashville show is just great advertising.”

“We see great value in the show both domestically and internationally, but particularly internationally,” added Butch Spyridon, head of Nashville Convention and Visitors Corp, which last year gave the TV drama its own filming incentive payment as part of the larger state support package.

“I anticipate us certainly being willing to be supportive of them, although we suspect that we will look at something south of what we did last year."

“This is the first time the Tennessee Film, Entertainment and Music Commission (TFEMC) has reached out to our entertainment industry counterparts across the world,” said Bob Raines, executive director of TFEMC.

“We’re excited to learn more about Chinese film production and educate the delegation on Tennessee’s talented film industry and the resources we can provide to China’s fast growing entertainment sector.”