British TV shoots have kept location filming levels steady in Bristol, in the west of England. High-profile shows shot in the city in recent months have included a special period episode of the BBC’s international hit Sherlock. 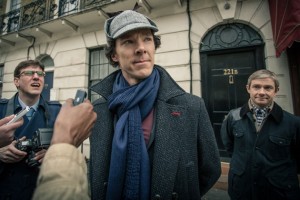 Over the past year Bristol has hosted major UK TV productions like the BBC’s period dramas Poldark and Wolf Hall, in addition to Sherlock and The Casual Vacancy (below), an adaptation of JK Rowling’s first adult novel.

International shoots are also starting to discover the city, with Disney’s fairytale TV drama Galavant based at The Bottle Yard Studios.

“The figures point to a consistently strong and reliable level of production in the city, which is great news, and the calibre of productions we attract to Bristol has certainly been rising in the last 12 months,” said Natalie Moore of the Bristol Film Office. 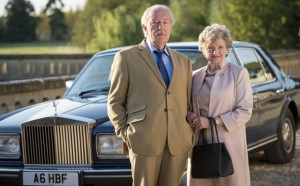 “Amongst the many benefits generated are employment and skills development, raising Bristol’s profile across the world and vital investment in this city’s cultural and creative landscape.”

The UK’s TV tax credit has played a crucial role in opening up Britain as a viable filming location. High-end dramas are now able to film on location in the UK, rather than pursue better filming incentive programmes in Europe or elsewhere in the world.

International TV productions have still largely remained in and around London. However, Northern Ireland has enjoyed sustained global interest with Game of Thrones and Da Vinci’s Demons has become a long-term resident in South Wales. Similarly, Galavant could be the beginning of greater global exposure for Bristol and the west of England.