Filmmaker Martin Scorsese and star Andrew Garfield are approaching the end of their Taiwan shoot for period drama Silence. The long-gestating movie tells the story of two 17th century priests on the search for their mentor in a Japan plagued by religious persecution. 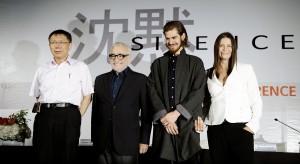 Shooting is taking place entirely on location in Taiwan and is scheduled to wrap on 15 May after 14 weeks.

Taipei got a recent profile boost from the international success of Luc Besson’s sci-fi action movie Lucy (below), which filmed partly on location in the Taiwanese capital.

As a region, South-East Asia is becoming more popular for international productions. Action sequel The Bourne Legacy filmed extensively in the streets of Manila a few years ago, but Hollywood attention is now focussing mainly on China and Malaysia. 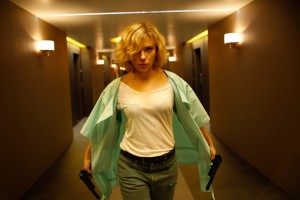 Filming in China can give the US studios greater access to the Chinese market as a way of bypassing the government’s strict annual quota on foreign releases.

Further south, Pinewood Studios recently opened a new facility in Malaysia near the border with Singapore and has already hosted the major Netflix miniseries Marco Polo.

“The demands of a project the size and complexity of Marco Polo would be challenging in many places,” Unit Production Manager Stephen Marinaccio told The Location Guide when the show was first launched.

“Pinewood staff stepped up to the tasks at hand, regardless of their lack of experience on any previous film projects.”

Report: Filming on location in Taiwan with the Taipei Film Commission